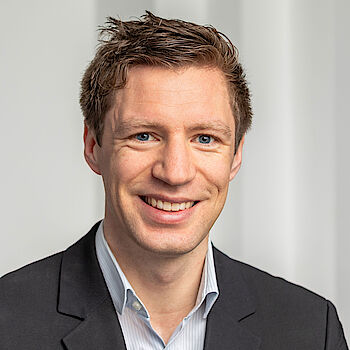 Every two years, WirtschaftsWoche honors the scientists in business administration and economics who are particularly strong at their research. "I am very happy about the good results in the ranking. My research focuses on trust in digital services and is very practice-oriented. The ranking in WirtschaftsWoche will hopefully make it even more visible outside academia," says Timm Teubner.

The current ranking refers to publications from the past five years at German-language chairs and Fraunhofer and Max Planck Institutes. The ranking is compiled by the KOF Research Institute at ETH Zurich together with the Düsseldorf Institute for Competition Economics on behalf of Wirtschafts¬Woche, and the bibliometric web portal Forschungsmonitoring serves as the data source. Weighting is based on the quality and reputation of the journals: A publication in one of the 22 top international journals is awarded one full point each, after which the scoring scheme goes down to 0.025 points.

Teubner's current projects deal with practical issues on the web: A current research project is investigating the transferability of online ratings from platform to platform. According to Teubner, this would increase competition between platforms and make consumers less dependent on individual platforms. In another project, Teubner and other ECDF researchers are investigating how trust in artificial intelligence (e.g. for medical applications) can be improved.

The ranking is available //here (list is constantly updated)