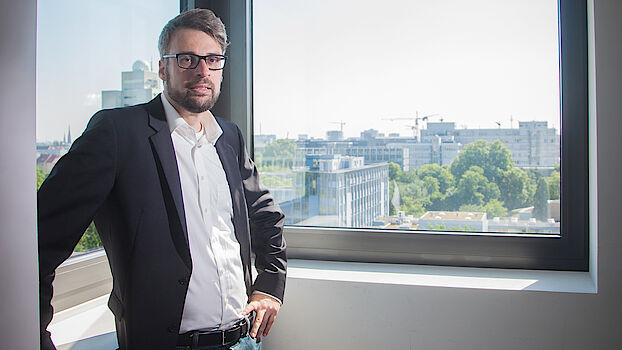 67% of people in Germany think that politicians should establish clearer boundariesfor large digital companies, a survey by the Friedrich Ebert Foundation revealed. A majority of respondents generally viewed the technological developments in recent years positively. However, people want to have a greater say in digitalization.Simone Harr spoke with the author of the study, Professor Dr. Stefan Kirchner. He is professor at the Einstein Center Digital Future and heads the Chair of Sociology of Working Worlds’ Digitalization at the Institute of Sociology at Technische Universität Berlin.

Digital transformation is being discussed intensively around the world. How do people in Germany perceive digitalization and how do they view its development?
Kirchner: In general, the results show that many people are open to digitalization, and some are also confident and hopeful about current technological developments. At the same time, the study also reveals a few problematic areas that are viewed quite negatively by people.

According to your study, people are much more skeptical about future developments than technological leaps in the past. Where does this skepticism about new technologies in digitalization come from?
Kirchner: With things that are in the past, basically you already know what the results and consequences are. But the future is open. Currently, threatening scenarios dominate the debates. Precisely this perception of a threatening future could have played an important role for many of the respondents. The future, however, is still open and can still be shaped.

Digitalization also means a transformation of the working world. What advantages and disadvantages do the respondents anticipate?
Kirchner: From the respondents' perspective, one clear advantage is that there is more flexibility. It is easier to reconcile work with our private lives, for example by working in different places or at more flexible times. They were also somewhat skeptical about this, however. Several of the respondents assume that digitalization will not just lead to an improvement of the work-life balance. In fact, digitalization also includes the risk that more work is carried over into our leisure time and time with our family.

What statements or results of the survey surprised even you?
Kirchner: I think the respondents’ assessment of their workplace is surprising. In contrast to the prognoses that are often discussed in public debates predicting a massive loss of jobs, the respondents in our survey came to entirely different conclusions. Only a very small number are currently concerned about losing their job due to digitalization.

What consequences can you derivefrom the study for yourself and your research?
Kirchner: In all, the results provide a good overview of the current status of digitalization from the perspective of people in Germany. This is necessary, in conjunction of course with many other empirical studies, to better understand and continually analyze the current state of digital transformation. There are many aspects of current developments about which we have far too few findings from quantitative studies. On the one hand, technological developments are currently accelerating so rapidly that it is very difficult to develop questionnaires and large-scale studies quickly enough. On the other hand, social scientific research has so far only benefited to a very limited extent from the large amounts of data permanently being created by digitalization. With some exceptions, it has hardly been possible to carry out basic research with the existing resources and recognized empirical methods. Here we need a great deal more effort to continually analyze digitalization and create new ways of analysis that are conceptually well-founded.

You can find the complete study //here. (Language: German)