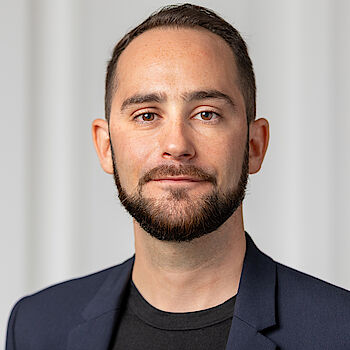 ECDF Professor Philipp Staab has been awarded the Hans Matthöfer Prize for Economic Publishing for his book "Digitaler Kapitalismus - Markt und Herrschaft in der Ökonomie der Unknappheit" (Digital Capitalism - Market and Rule in the Economy of Scarcity). The prize is awarded annually by the Hans-und-Traute-Matthöfer-Stiftung and the Friedrich-Ebert-Stiftung and is endowed with 10,000 euros. The official award ceremony will take place digitally on May 03, 2021.

"I am very happy about the award and hope that I can contribute to the democratization of digital capitalism with my research," Staab explains. His book sheds light on contemporary digital capitalism from various perspectives: While banks and energy and industrial corporations were still among the most valuable companies in the early 2000s, they have since been overtaken by companies such as Google and Apple. Staab shows how the proliferation of digital surveillance and valuation practices is penetrating more and more areas of the economy, exacerbating social inequality in the process.

Against this background, the jury also saw Staab's book as particularly relevant: "Philipp Staab's analysis of the strategies of the major players in the Internet economy provides groundbreaking insights for understanding digital capitalism. Here, companies not only act as competitors in markets, but they themselves constitute these markets, in which they then simultaneously act as the sole shapers of supply and demand conditions. This means that economic policy directed at the Internet must be radically rethought. The unchecked triumph of Internet companies in the pandemic underscores the book's great relevance."

About the Hans Matthöfer Prize

The prize is awarded to economists and social scientists who go beyond standard economic theory or the macroeconomic mainstream in their search for new answers to major economic and sociopolitical challenges. The prize is intended to promote diversity of theory, pluralism of methods and interdisciplinarity. The prize money of the Hans Matthöfer Prize for Economic Publishing is 10,000 euros. Scientists cannot nominate themselves, but must be nominated. The official award ceremony will take place on 03 May 2021 digital //here.