Equal opportunities report: Timm Teubner is a member of the expert commission 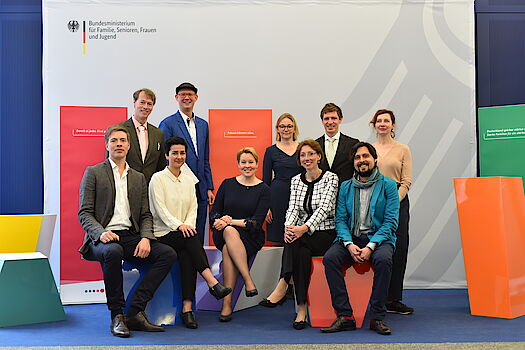 Federal Minister for Women's Affairs Dr. Franziska Giffey has appointed Prof. Dr. Timm Teubner to the Expert Commission for the Third Equality Report of the German Federal Government. Together with his colleagues, the professor from Einstein Center Digital Future and Technische Universität Berlin will address the question of how digitalization can promote gender equality.

The committee, chaired by Professor Dr. Aysel Yollu-Tok (Berlin School of Economics and Law), will deal with the topic of "digitalization". The focus will be on the question of what measures are necessary to ensure that women and men have equal opportunities in the digital economy. "I am honored to be involved in such a relevant and current topic. For me, this role is also a new challenge that I am happy to take on," says Timm Teubner.

The Expert Commission works on an honorary and independent basis. It consists of eleven scientists who deal with the most important aspects of digitalization in various disciplines (economics, law, computer science, social sciences).

Timm Teubner is particularly looking forward to the exchange with his colleagues in the Commission, the numerous new perspectives and to get a look behind the scenes of a federal ministry. He is very happy to contribute his expertise to the Commission. "Although I have no background in gender research or gender equality, I do have a background in the areas of digitalization and platform economics. Many data-based business models and platforms are increasingly shaping our life, and questions of gender equality and discrimination naturally arise there too. Due to the direct connection between interface and mechanism design on the one hand and user behavior on the other, there are now – in addition to the economic and technical one – also political requirements," he says.

In the near future, Timm Teubner and the other members of the commission will meet for a two-day workshop to define their priorities and distribute concrete task packages.

The expert opinion of the Commission of Experts is an important component of the Third Report on Equal Opportunities, which is due to be published in spring 2021. In addition to the report, it also contains a statement by the Federal Government