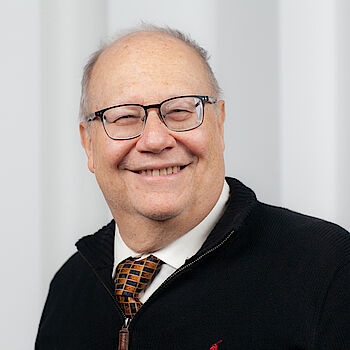 Prof. Dr.-Ing. Adam Wolisz has been a Fellow at the Einstein Center Digital Future (ECDF) since October 2018. He was born in 1950 in Gliwice, Poland. After working at the Polish Academy of Sciences (1972 - 1989) and at GMD GmbH/FhG Fokus (2000 - 2003), his career brought him to Technische Universität Berlin, where he founded the Telecommunications Networks Department and headed it for 25 years. Since 2000, he has maintained an active cooperation with UC Berkeley, including more than 12 years as adjunct professor.

From 2001 to 2018 he was Managing Director of the Institute for Telecommunication Systems at Technische Universität Berlin. His research interests include communication network architectures and protocols as well as protocol engineering.

At ECDF, Wolisz acts as a mentor to the professors. He is their spinning partner in the development of ambitious research visions, supports them in the conception of project proposals and advises them in their career planning. "I have a successful scientific career behind me. Now I have time to pass on my knowledge and experience to the younger generation," says Wolisz. The 68-year-old has already promoted and supported numerous renowned women scientists in their careers. "I have a very good impression of the young scientists at ECDF. They bring a wide range of knowledge and experience, are highly motivated - I am looking forward to working with them," he says.